Kuami Eugene aka RockStar is a Ghanaian singer-songwriter who specializes in high-life and afrobeat music. He rose to prominence in Ghana as one of the country’s most talented musicians.

Kwame Eugene Marfo was born on February 1st, 1997 in Akim Oda, Ghana to Alex and Juliana Marfo. His musical interest led him to sing in church from a young age, where he also learned to play the drum, keyboard, and guitar

Kuami Eugene dropped out of school due to his love of music and spent more than two months studying music in an Eastern Region studio without informing the school administration or his mother.

Eugene was kicked out of school after it was discovered that he had skipped class. He attended the Salvation Army Senior High School in Akim-Wenchi. The young artiste, who grew up in the Accra suburb of Fadama, continued his education at Ghana Telecom University. 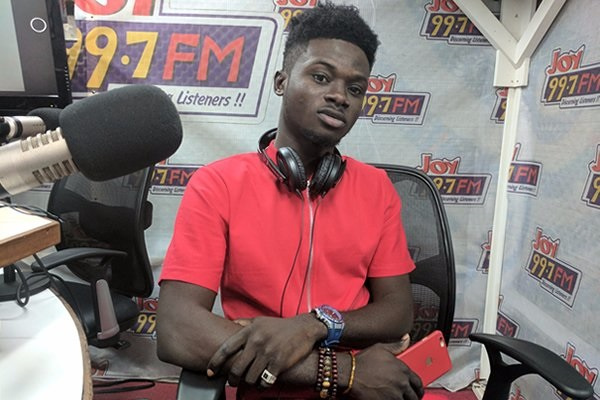 He was soon signed to Lynx Entertainment and has since released several singles. “Angela” received one million views on YouTube in 2017, the most for any label artist, and was named one of Ghana’s top ten songs.

He appears on the track “Adwenfi” by DJ Vyrusky and Shatta Wale. In 2018, he released “Confusion,” a song that continued the storyline in “Angela.”

In June 2018, Kwami Eugene also released the single “Wish Me Well.” The Rockstar issued a statement in response to the negative reactions he received on social media. Some of them, however, claimed he was stealing lyrics from another artist, Ice Prince.

He performed at Sarkodie’s Rapperholic Concert in Ghana on December 25, 2017.

Kuami Eugene has since gone on to perform at the Oh My Festival in Amsterdam, the Playstation Theatre in New York, and Afronation in Ghana, to name a few.

Kuami Eugene has a long list of songs to his credit, as well as a slew of collaborations with musicians from all over the world. He has become everyone’s favorite when it comes to entertaining the audience.

Some of his hit songs include:

Kuami has received numerous awards and nominations both locally and internationally. Kuami Eugene is currently dating Priscilla Quarshie who is a social media/brand influencer and they have a child together. Eugene announced the birth of his daughter on Instagram on 19 Aug 2020.