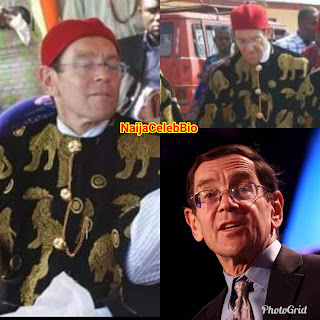 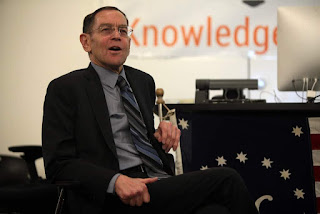 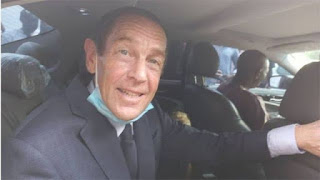 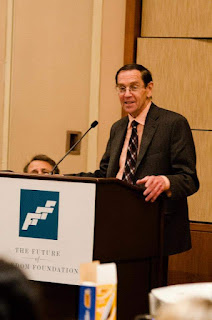 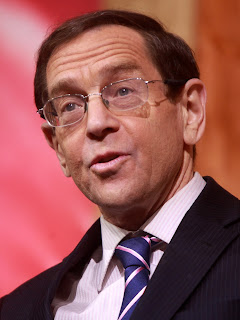 Who is Bruce Fein?

Bruce Fein is a specialist in constitutional and international law. 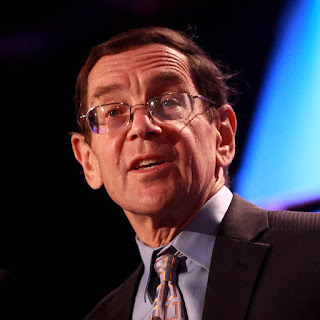 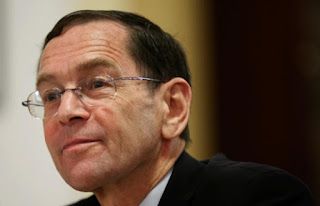 Bruce Fein is the president of the law firm Bruce Fein & Associates Inc. at www.brucefeinlaw.com.

Bruce Fein has worked for the American Enterprise Institute and the Heritage Foundation, both conservative think tanks, as an analyst and commentator.

He is director of a government affairs and public relations agency, The Lichfield Group, in Washington, DC

Bruce Fein is a resident scholar with the Turkish Coalition of America.

Bruce Fein was a top Justice Department official under the Ronald Reagan administration, where he served as a deputy deputy attorney general from 1981 to 1982, and as a general counsel to the Federal Communications Commission.

Bruce Fein Books – Bruce Fein is the author of “American Empire: Before the Fall” Published by Campaign for Liberty, June 2010. 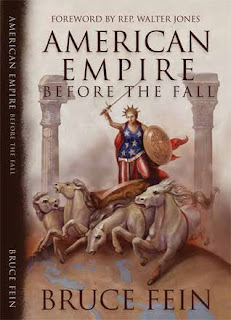 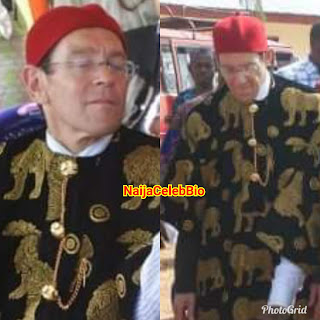 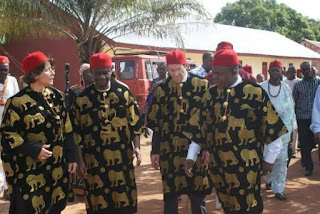 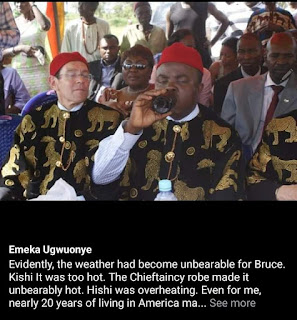 When you visited the United States Institute of Peace last July, you promised that you would “honestly, justly and scrupulously follow due process and the rule of law, as set forth in [the Nigerian] constitution” in the prosecution of corruption.

Such loftiness is commendable. As the Bible instructs in Amos 5:24:[L]et righteousness rolls down like waters, and righteousness like an ever-flowing stream.”

But to be just, the law must be impartial. It cannot, in the manner of Russian President Vladimir Putin, be something given to punish your enemies and withheld to favor your friends. If so, the law becomes an instrument of injustice with features of the wicked instead of the good.

In the United States, you declared a policy of ‘zero tolerance’ against corruption. On the basis of that confession, you requested arms and other assistance from the United States government. But were you sincere?

During your election campaign, you promised widespread amnesty, not zero tolerance. You explained: “Whoever has been charged with corruption from 1999 to the time of swearing in would be pardoned. I’m going to draw a line, anyone involved in corruption after taking office will face the music.”

However, after you were inaugurated, you rejected your statement and stated that you would prosecute former ministers or other officials for corruption or fraud. And then you immediately covered it again. You were reminded of your dubious past by former Major General and President Ibrahim Badamasi Babangida, who succeeded your military dictatorship. He released this statement:

“As for General Buhari, it is not in IBB’s tradition to raise issues with his former fellow president. But for the purposes of the report, we are familiar with General Buhari’s so-called holier-than-thou attitude. He is a one-time minister of Petroleum and we have good data on his tenure as minister. Second, he chaired the Petroleum Trust Fund, PTF, which we also have.

We challenge him to come out with clean hands in those two wallets he was leading. Or we help him to make his achievements public during those periods. Those who live in glass houses are not allowed to throw stones. General Buhari must be well guided.”

You then quickly withdrew from your zero-tolerance policy because you would have been the first victim.

You opportunistically announced that zero tolerance would be limited to Goodluck Jonathan’s predecessor, because further research would be “a waste of time.” That conclusion seems ridiculous. In 2012, the ex-vice president of the World Bank for Africa, Oby Ezekwesili, estimated that an astonishing $400 billion in Nigerian oil revenues had been stolen or misspent since independence in 1960. The lion’s share of that corruption extends well beyond the Jonathan administration.

Your zero-tolerance policy seems to be accompanied by a squint to avoid seeing blame on your political friends. Some examples are just the tip of the iceberg.

A Rivers State Judicial Commission of Inquiry found that N53 billion had disappeared from the Rivers State Reserve Fund under former Governor Rotimi Amaechi. Former governor of Lagos and head of your campaign finance team Babatunde Fashola was accused of wasting N78 million in government money to upgrade his personal website. The EFCC has ignored these allegations of corruption and you have promoted both the Ministry of Transport to Mr Amaechi and the Ministry of Energy, Works and Housing to Mr Fashola.

By contrast, you played judge, jury and prosecutor in the newspapers to convict former PDP Petroleum Minister Diezani Alison-Madueke for corruption.

Is this impartial justice?

United States Supreme Court Justice Robert Jackson taught:[T]here there is no more effective practical guarantee against arbitrary and unreasonable administration than to require that the principles of law which officials would impose on a minority should be universally imposed. Conversely, nothing opens the door to arbitrariness so effectively that those officials can choose just a few people to whom they will apply the legislation and thus avoid the political retaliation that could come upon them if larger numbers were affected.

Investigating or prosecuting on the basis of political conviction or opinion also violates Articles 2 and 7 of the Universal Declaration of Human Rights. It is unworthy of a large country like Nigeria.

Make the mark of your administration, justice, not retaliation, and you may live forever.

Sunshine is said to be the best disinfectant.

Bruce Fein and Nnamdi Kanu: Bruce Fein is Nnamdi Kanu’s American lawyer who represents Kanu’s interests. He came to Nigeria in 2021 to see Nnamdi Kanu after being arrested in Kenya.

Bruce Fein visits Nigeria: Bruce Fein visited Nigeria in September 2021 and was in court to oversee the trial of the Biafra Indigenous People’s Leader (IPOB), but the DSS denied him access to the courtroom. 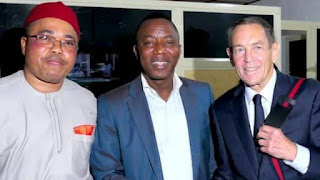 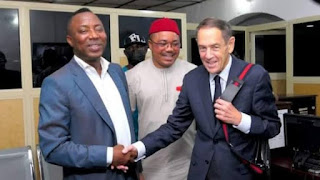 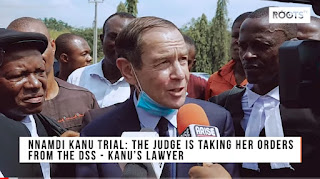 Bruce Fein and Atiku: In 2019, Atiku Abubakar was accused of paying $30,000 to Bruce Fein’s US law firm to evict Buhari.

The Center for Responsive Politics (CRP) had reported how in March 2019 Atiku hired Bruce Fein, a former U.S. Department of Justice official, and his company Fein & DelValle PLLC. 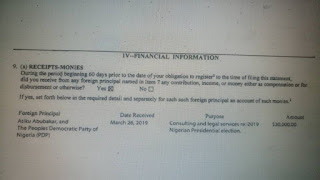 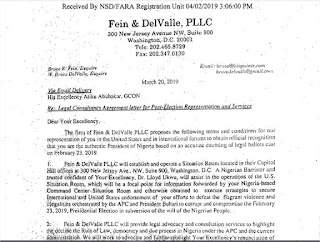 He attended Swarthmore College and then transferred to the University of California, Berkeley. 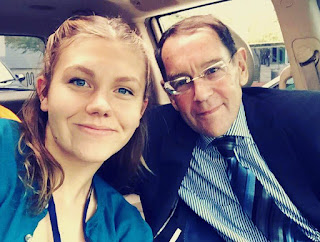 Bruce Fein Nationality: Bruce Fein is from the United States of America.

Believe: Bruce Fein is a Christian.

He has a brother named Dan Fein.

On October 5, 2010, Bruce Fein celebrated his divorce day from Mattie Lolavar on his Facebook account. “Today I celebrate the anniversary of my divorce from Mattie Lolavar, who lifted an incubus and removed gangrene from my daily marital anguish and torment.”

“A Marriage Notice: Second marriages can be worse than initial disasters. Mine degenerated from gangrene to strychnine with the poisonous and icy ingratitude of Mattie Lolavar.”

This is the letter of appointment from Barr Ifeanyi Ejiofor to Bruce Fein. 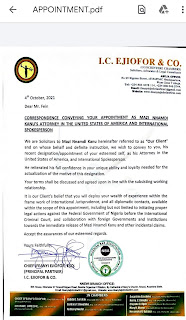 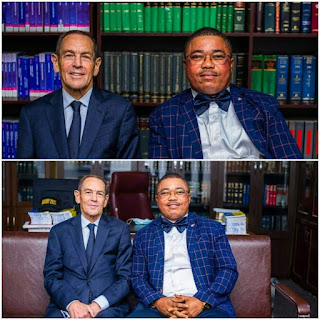